A conspiracy is defined as a secret plan.  A secret is defined as something hidden or being kept from knowledge.  Conspiracies are something that seems to run rampant in our society.  All of us believe in some sort of conspiracy which in most occasions are fun little conspiracies.  (For ex:  did we really land on the moon?)  Yet, there are other conspiracies that are absolutely dangerous.  What we saw take place in Washington D.C this past week is what happens when people follow after and believe in wild and dangerous conspiracies.  I say today, be careful of who you follow.

The one question that has continued to circle around in my head the past few days is how?  How is it possible that so many people who call themselves ‘believers’ end up following after such wild conspiracies?  The answer to this question solely depends on what truly lies in the heart of the individual – this is what they accept and what they believe in.

What we must understand is that what we believe to be true is always under attack.  In the world, there are always going to be people working to control both of these types of truth.  Your friends and family often try to use persuasion to persuade you to like something that you may not like.  Yet, at the same time, we must understand that there are wicked people who work on a completely different level trying to control your perspective, opinions, and what is considered to be true or false.  From this, we find where conspiracies are born.

Conspiracies are born when subjective truth and objective truth clashes together.  When an objective truth has been proven (whether true or false), you will always find that there is someone who disagrees with what has been proven.  So, the fight is on to control the narrative of that reality of truth.  The objective is to simply get somebody else to follow along (to agree) with their subjective truth.  This clash eventually becomes a heated exchange to control a narrative on what is deemed right and what is deemed wrong according to the people.  (Understand that this is a fight for the ‘reality’ of truth and false.)

Be Careful of Following the Blind

Who and what you follow in the world says a lot about you (what’s on the inside in your spirit).  This can be a confusing matter for some believers.  Some may question how they determine what they should or should not support and follow.  I would tell you that there really should be no confusion about this but I have also been in the faith for a long time now!

There is another Truth

There is another truth that is not of this world, but a truth that is of God.  This truth is the absolute Truth – meaning that it is definite (concrete).  You see, subjective and objective truths are always growing and forever changing, but the absolute Truth of God is concrete.  God’s truth is absolute because God Himself is never changing but always the same today as He was yesterday (Heb. 13:8).

This absolute Truth can be seen in the gospel of Christ.  Jesus said that He and that Father are one (John 10:30).  Jesus also said that He is the way, the Truth, and the life (John 14:6).  Jesus said in order to inherit eternal life and be in fellowship with Him, we should love our neighbor (Luke 10:25-28).  You see, these are absolute truths that are not up for debate!

Our ‘worldly outlook’ should be shaped by and governed by the way in which Christ lived.  Our perspective on things should be shaped and governed by the things He taught – not by any other doctrines of ‘truth’ but by the absolute Truth!  As we see it said in today’s key verse, “it is good that the heart be established by grace (that is the gospel of Christ).”  Sadly, we know that there are many whose heart today is not being established and guided by the gospel.  So, how does one that claims to be a believer get caught up in following after various and strange doctrines?

When absolute Truth is overriden

To their charge, Jesus returned a charge of His own and charged that the Pharisees were hypocrites.  Jesus called them hypocrites because they were beholden to their subjective and objective truths and encouraging others to be beholden to these same truths.  I want you to understand that their subjective and objective truths were overriding the absolute truth of the Mosaic Law! When we look at this scripture, we will see that they were teaching the people to ignore the needs of others (even their parents), in order to practice their religion of tradition instead (Matt. 15:3-6).

Because they both taught against and did not live in this fundamental and absolute Truth, Jesus said they were blind and called them blind leaders (Matt. 15:14).  You see, we are spiritually blind when we choose to be absent minded of the absolute Truth.  When we choose not to live by the gospel, we are choosing not to be in fellowship with Christ.  To make this even more clear, when we choose not to be in fellowship with Christ, we are choosing not walk in the Light but are choosing to walk in darkness!

There are many people that claim today to be in fellowship with Christ.  However, I wonder, do they really know what that means?  In his first epistle, John wrote, “If we walk in the Light, we have fellowship with one another (1 John 1:7).”  Fellowship:  meaning companionship.  Understand that there should be no confusion as to what the gospel of Christ is about – it is a gospel full of love.  God is not the author of confusion – His truth is very clear (1 Cor. 14:33).

Led into a ditch

In other words, many people have been deceived into following after blind leaders and foolish doctrine.  All that is inside of those blind leaders are subjective truths that have caused them to live in a subjective reality where they have to get others to believe in and accept their truth.  If you are capable of following them, what does that say about what is inside of you?  Jesus gave a stark warning to His disciples about following one who is blind.  He said, “if the blind leads the blind, both will fall into a ditch” (Matt. 15:14).

Are You Following Blind Men?

Those Pharisees were false teachers because of how they led people away from the Mosaic Law.  Their subjective and objective truths led them to seeking the death of Jesus.  Those subjective and objective truths encouraged others to also ask for and cheer for the death of Christ.  Their truths led to actions that inspired and led to Jesus hanging on the cross.

It is time the church confront such wild conspiracies and also those within our congregation capable of believing in these wild conspiracies.  Again, I tell you that if your worldly views are shaped by the gospel, then you should not support beliefs that would lead to people being crushed between doors, stampeded on, or shot and killed in a riot.

What you follow should not lead to carrying a gallows stand seeking the death of people considered to be leaders in our country.  What you follow should not be a doctrine of hypocrisy where you love a select few that may believe the same truths you do while filled with hatred towards those that don’t.  Let your opinions and perspective truly be guided by the idea of what Jesus would do.  If your actions could be actions that go against something HE would do, then you’re most likely going down a very dark path.  So, I say today to everyone, be very careful of who and what you follow.  You do not want to end up going down a dark path and end up in a ditch. 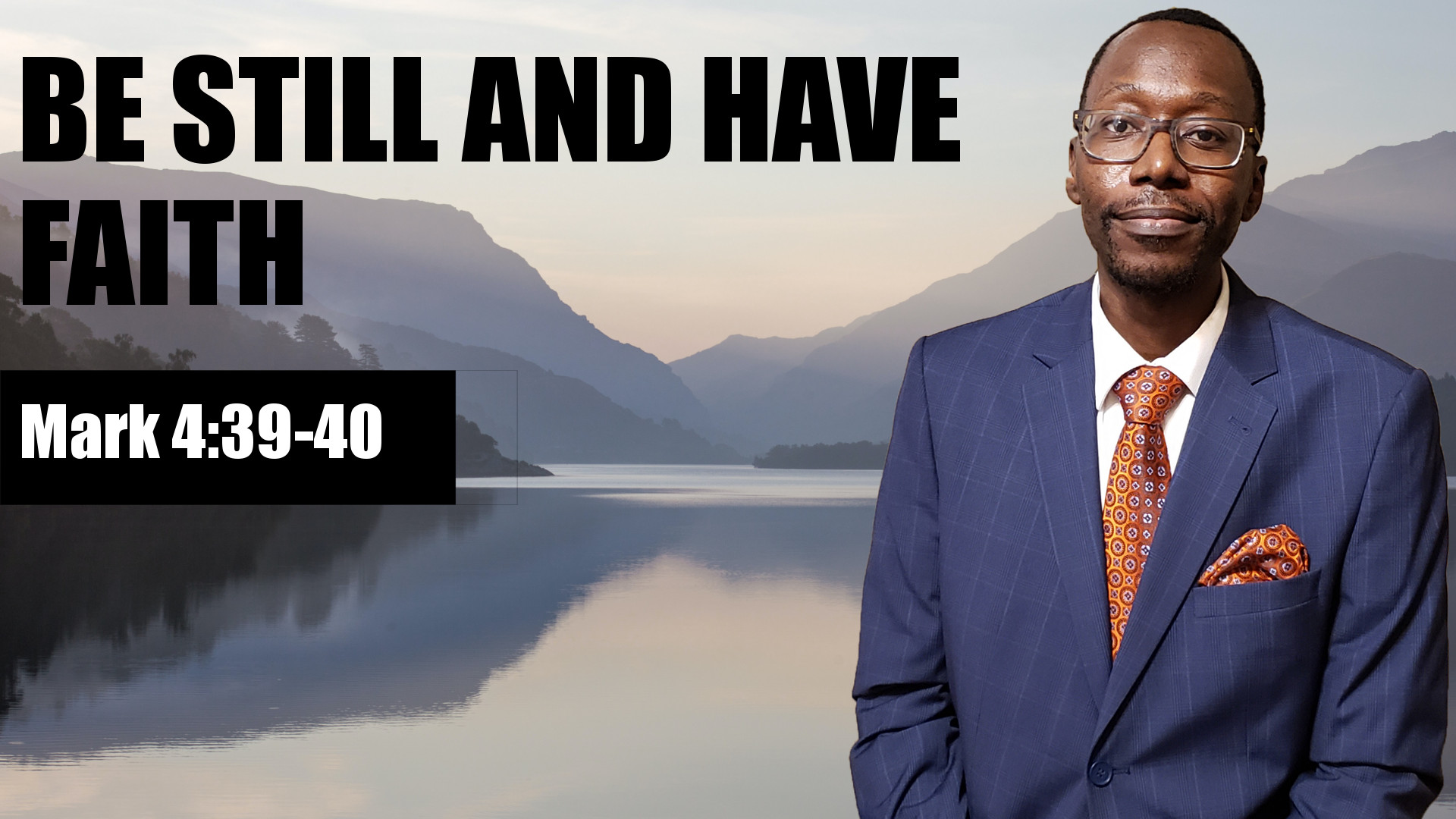 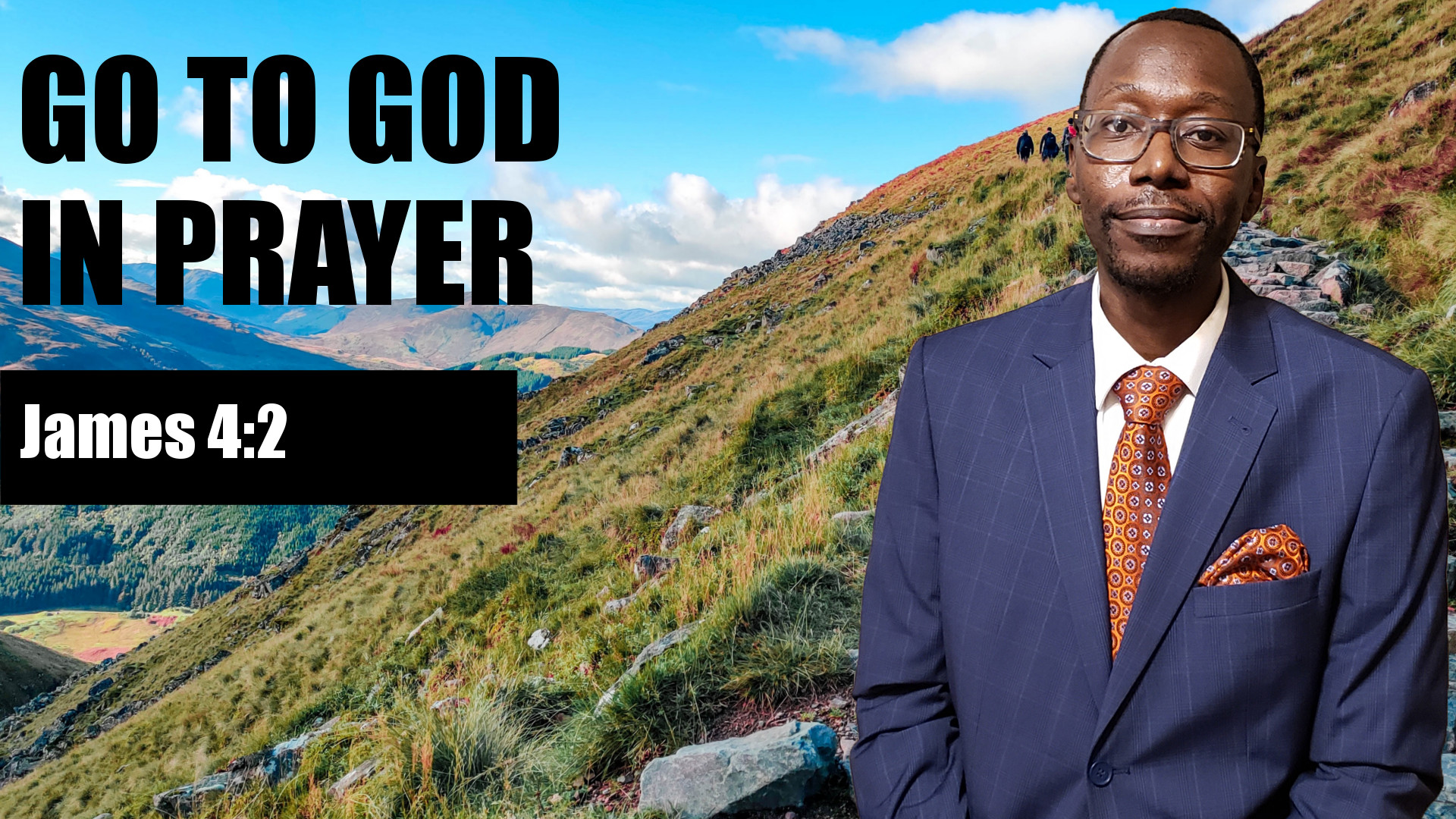 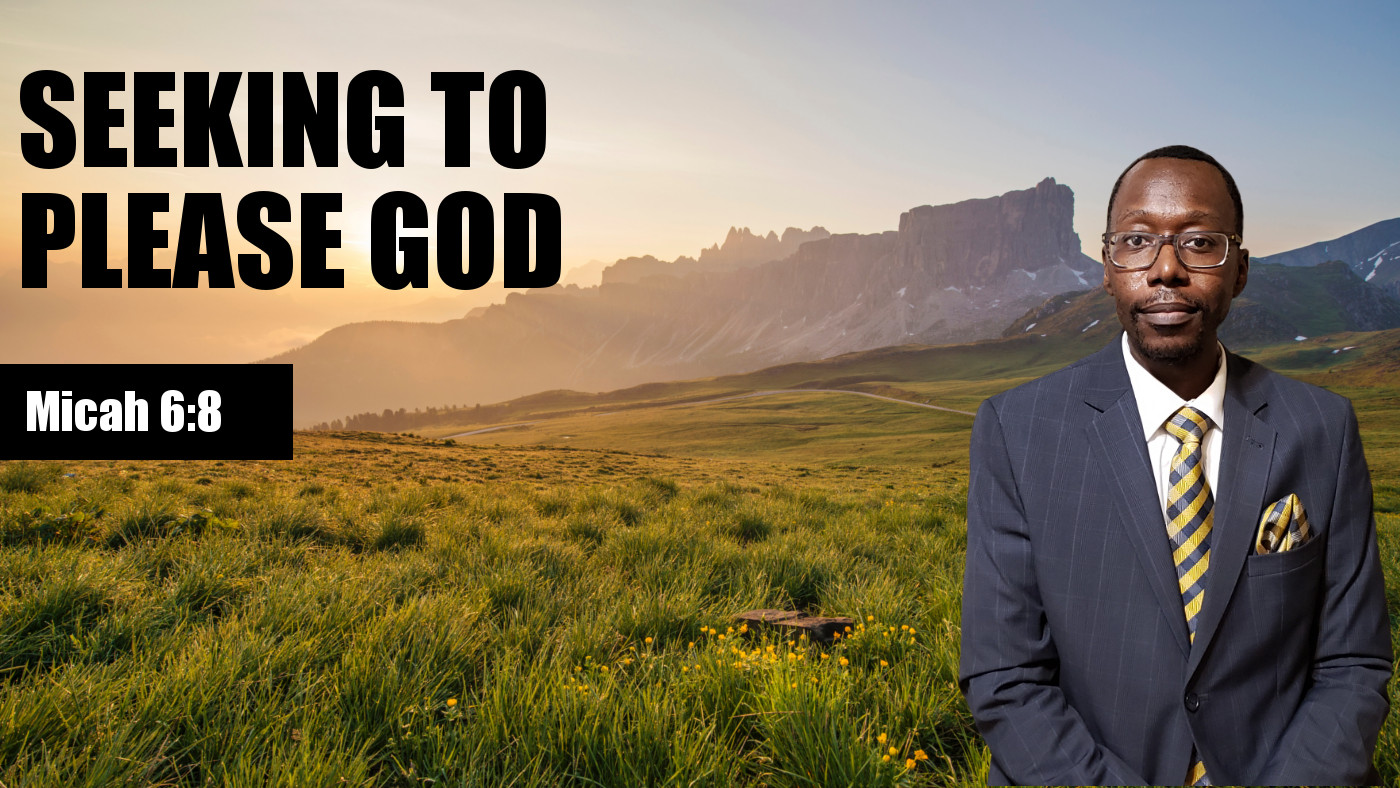 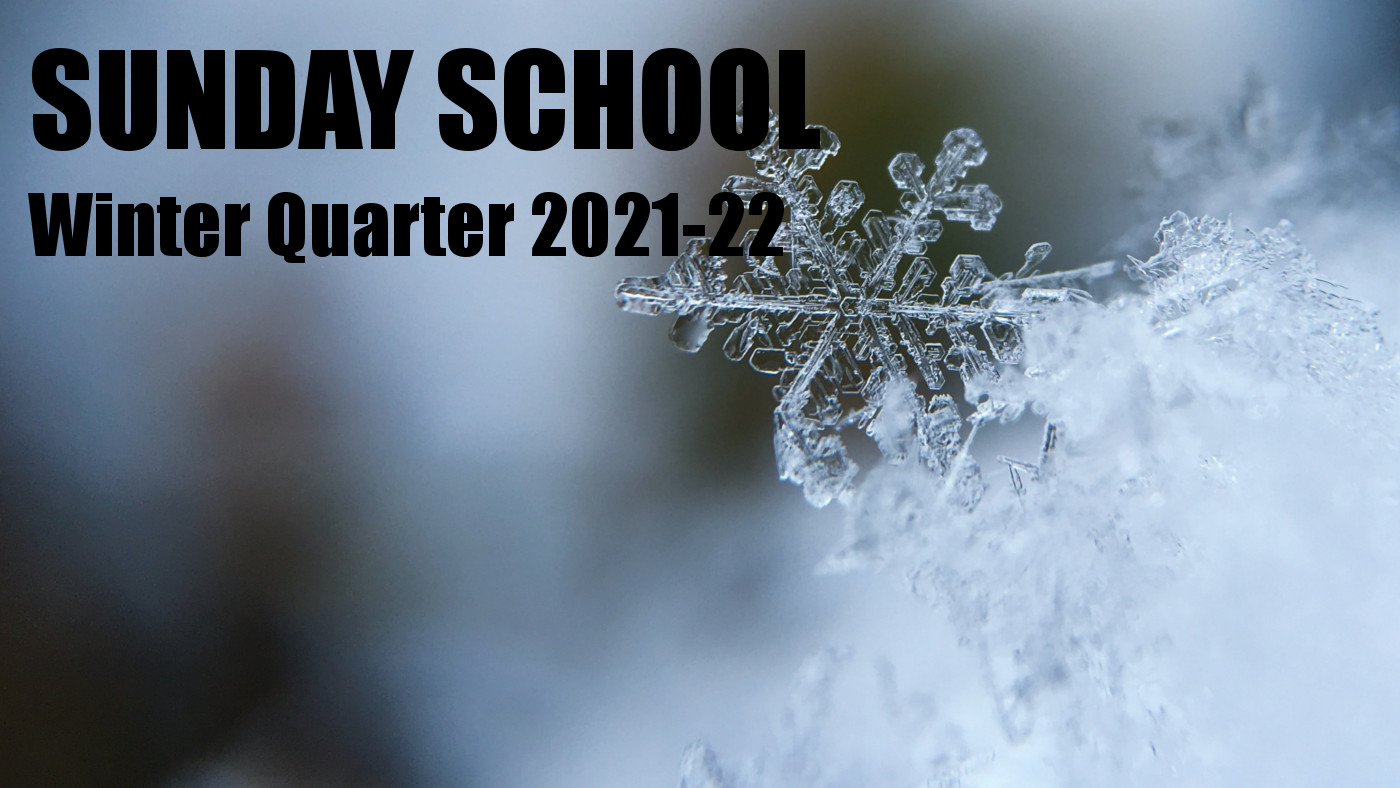