We often like to say that nobody can be the judge of us and that God has the final say.  In this passage of scripture (1 Cor. 4:1-5), Paul writes, “let man (people)” think of us (judge us) as servants and stewards of the Lord  (1 Cor. 4:1).  Yet, within this same passage of scripture, Paul says it is a small thing to be judged by others (1 Cor. 4:3).  It would seem that he is not concerned with being judged by those he wrote to or even a human court.  So, does Paul contradict himself?  Why does Paul write this to the people of Corinth?

How Others Think of Us

Does what (or how) others think of you matter?  I think most of us would all probably answer this question the same way:  no.  As we grow up, many of us toughen up and thicken our skin to the point to where it does not matter what others think about us.  We will say to others (and maybe to others) that nobody has the final say as to what we are going to do in our lives.

This allows us to be able to focus on ourselves and what we are trying to accomplish in the world.  The feeling is that, when we concern ourselves with what others think about us, we can potentially hold ourselves back from achieving our goals.

So, as a genuine believer of God, should we be concerned for how others think about us?  Over the past couple of weeks, I have preached about the need for us to change our speech and walk.  If we read and study scripture, we will see that scripture tells us that it is very important that we are seen as being a child of God.

Paul wrote to the Ephesians, that no corrupt word should come out of our mouths, but that our speech should be what’s good for lifting others up and parting grace (Eph. 4:29).  Our walk – our actions – should always betray the grace that we have received from God (Matt. 5:43-48; 1 John 3:16-19).  Why do you suppose scripture always tells us to present ourselves in this manner?  Why is it so important that others see us in this light of grace?

Paul says of every last one of us that believes in God that we are the servants and stewards of Him.  This is very important!  To be a steward of God means that you are a representative of Him.  So, how we talk represents an image of God.  How we walk, represents the Lord as well.  So, how you come off to others (what they think/judge about you) is very significant in that we are presenting God to others through our words and actions!

When we carry ourselves in a manner outside of God’s grace, understand that is still the image you are presenting of God.  So, we should want to present a good image of God.  We should present an image that is loving and so welcoming that others would want to take a visit to see Him!  As genuine believers of God, we are living testimonies of Him and His works.  Others, when they see us, should want to give God a try.

How others think of us would seem very important and this is something Paul should certainly understand.  So, why does Paul say it is a small thing for him to be judged by others?  Is he really saying it does not matter to him what others think?

From those who held his past against him to those that sought to stone him, Paul is a man that certainly understood that others were going to judge him.  (Many of the followers of Christ accused Paul of not being an apostle or servant of God.  Some of those that did work with him found him hard to work with.)  However, Paul also understood that we people are not the final judge – we do not have the final say over anybody.  (There are certainly many people who wish they could have the final say when it comes to our actions but no man or woman holds that power.)

God is the final judge of everybody!  In his letter to the Romans (Rom. 14:11), Paul quoted what the Lord said to Isaiah (Is. 45:23), “Every knee shall bow to Me, and every tongue shall confess.”  You see, Paul knew that one day he would have to stand before even greater judgment from God!  So, we have a man who understood how harsh people could judge others saying that such judgment is small compared to God’s judgment!

This is something we should take a moment to fully take in and grasp.  The reason why I say this is because there are some people who seem to believe they will escape God’s judgment.  I want you to understand clearly that every person that has walked this earth – past, present, or future – faces God’s judgment.  There are two teachings from Jesus that makes this point perfectly clear that I want to share with you.

Jesus taught to a multitude the parable of the wheat and tares (Matt. 13:24-30).  He said that the kingdom of heaven is like a man who sowed good seed in His field but his enemy came and sowed tares (weeds).  This is a picture of God as a farmer who has sown good seed.  When farmers plant a seed, they expect to have a crop that they can harvest.

As I said last Sunday, it is almost time for harvest and the Lord is going to gather in His crop.  However, in the field – the world – where His seed was planted, we find both the good and bad grows together (the wheat and tares).  Instead of destroying the whole field because of some weeds, God allowed the weeds to grow with the wheat.  (God much rather have a harvest than destroy the whole field!)  However, at harvest time, the Lord says that all of the crop will be judged and the good will be separated from the bad.

Even the good face judgment

I hope that you notice that I am trying to put emphasis on the good also being judged with the bad.  You see, we get into this habit of thinking that God’s final say will only be of the bad, but the good faces judgment.  Jesus, in some of his last teachings, taught the apostles a lesson about the faithful servant and the evil servant (Matt. 24:45-51).

In this teaching, you will see that the master leaves his servants with tasks to do.  While the master is away, the faithful servant faithfully does the tasks that were given.  Yet, we are then told about a servant that chose to do otherwise while the master was away.  This servant thought the master was delayed and decided to mistreat other servants and hang out with other wicked people.  When the master returned, you will note that He took into the account the actions of both servants.

Be Faithful to the Service

Paul said that all of us are servants and stewards of the Lord.  The point of message today is this:  we must be faithful in our service of God.  Paul wrote that the only requirement to being a servant and steward of God is to be faithful.  We cannot be as the evil servant that chose to do otherwise and here is why.

Firstly:  we are representatives of the Lord and are going to be judged by others, harshly at times.  As representatives of God, we are a living testimony of Him and His works.  So, we must consider our speech and our actions because we want others to be drawn to the good works that God has done in us.

Secondly:  not only are we going to be judged by others, but God is going to judge us as well.  In his letter to the Romans (Rom. 14:10), Paul wrote about how we, the faithful servants, will stand before the judgment seat of Christ.  Yes, we are going to be judged for our speech and for our actions as servants.  However, at the judgment seat of Christ awaits the reward of our faithful service because Christ has already suffered for us.

God will have the final say of both the just and the unjust.  We who are justified by Christ through our true faith in Him, should actually look forward to the day we stand before God.  Yes, it is certainly something to fear, but at the same time, we should look forward to the day we are rewarded with entrance into His kingdom!  So, let us get our steps in order!  Let us ensure our speech is right and that our walk is correct as well. 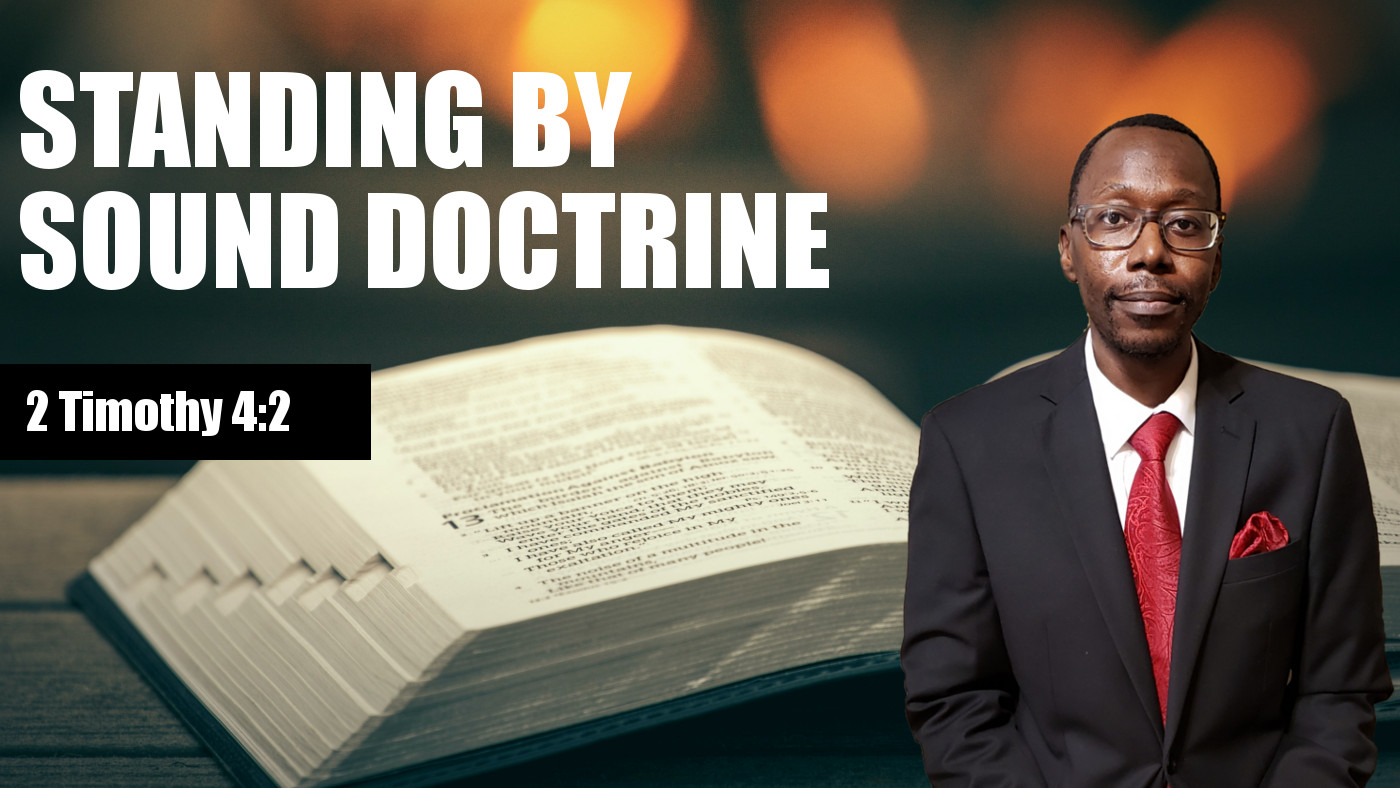 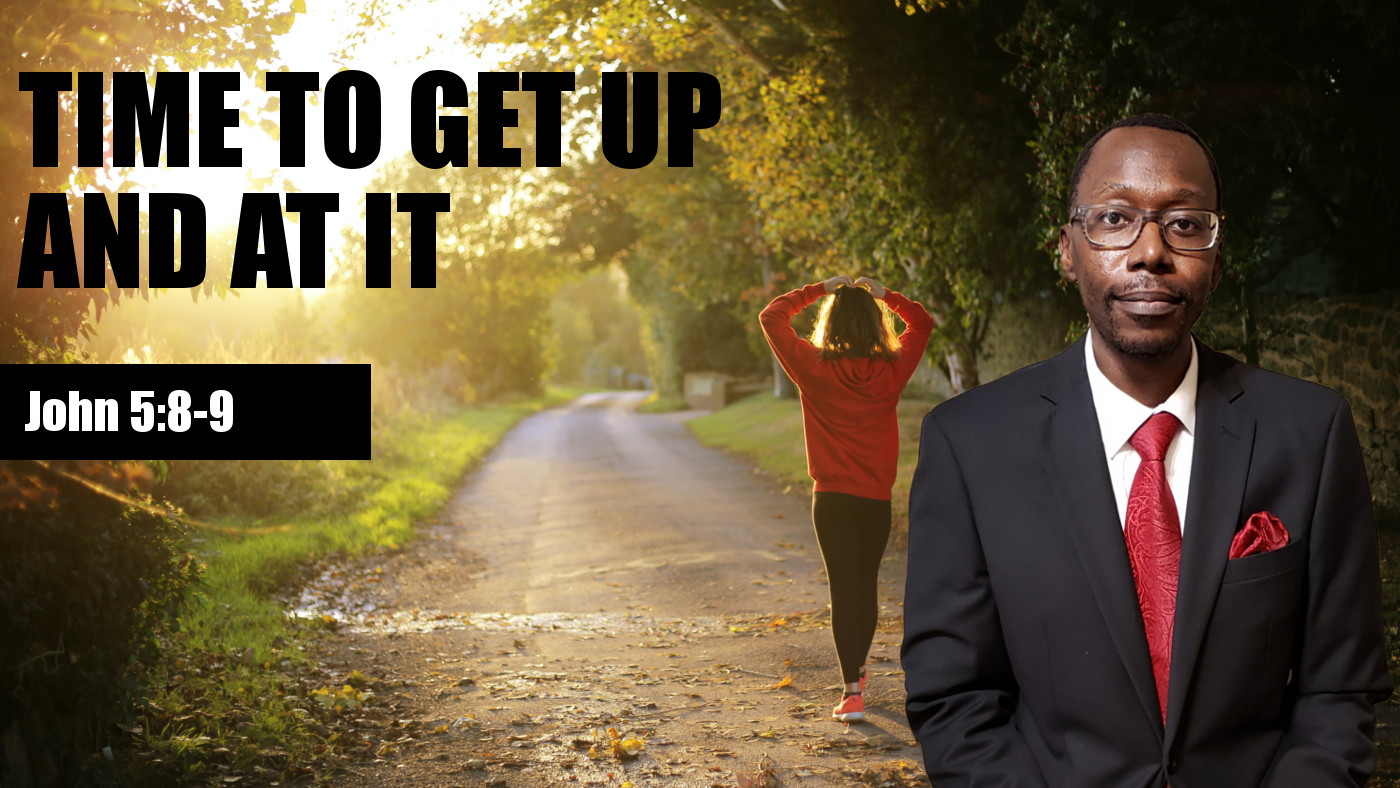